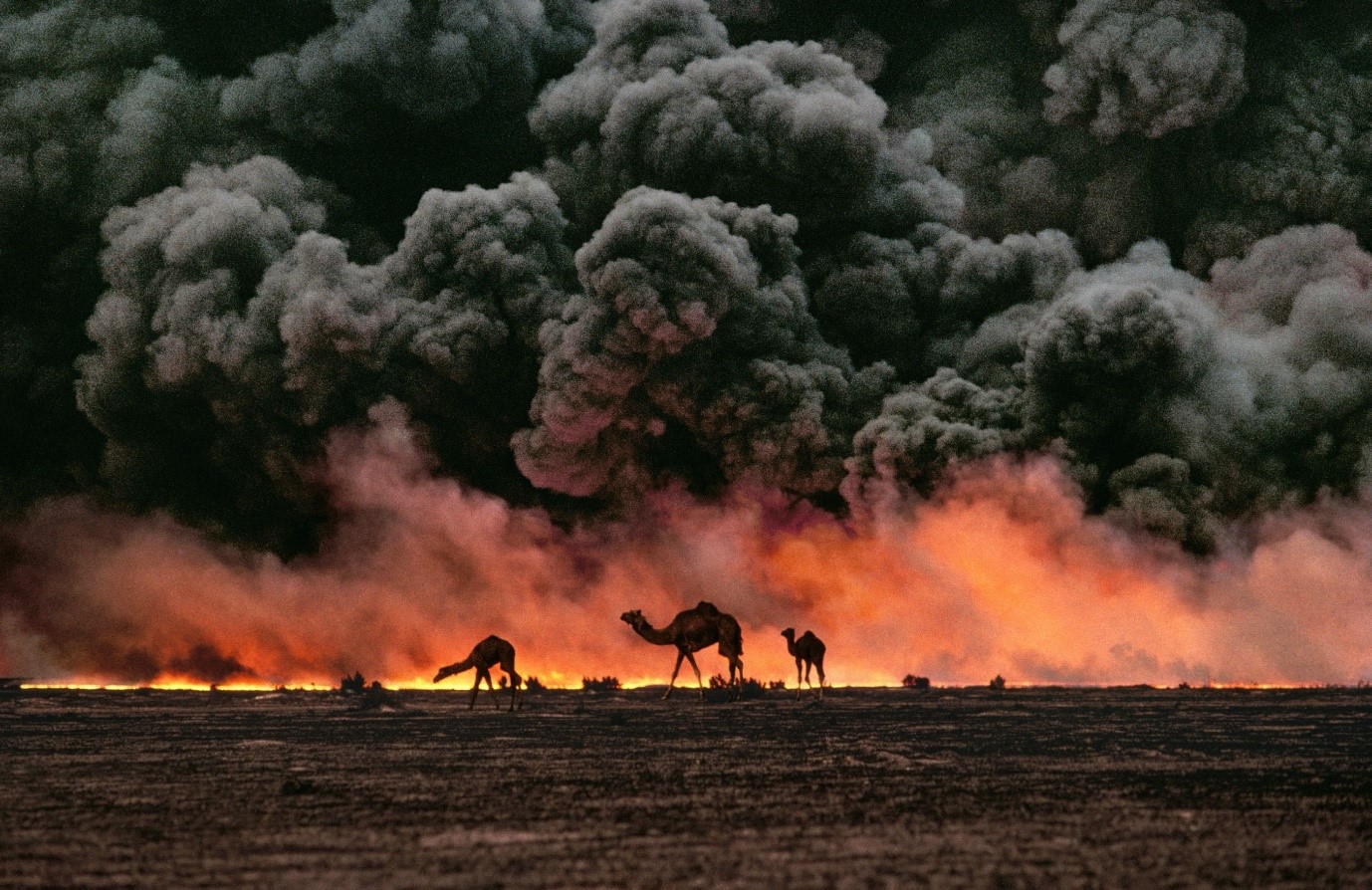 Back in July 2017 we reported that Cognition had successfully gained approval as a supplier of remediation services to Kuwait Oil Company (KOC). This year we have completed successful bioremediation trials in Kuwait and have tendered for five remediation projects in Kuwait each potentially treating up to two million cubic meters of oil contaminated sand.

During the 1990 invasion of Kuwait 114km2 of desert was destroyed by the retreating Iraqi army as they destroyed and set fire to oil wells. Crude oil, much of it burning, soaked into the ground and left oil lakes in low lying areas ultimately resulting in the contamination of approximately 26 million cubic meters of sand. In 2005 the United Nations Compensation Commission (UNCC) awarded funds to Kuwait to remediate the desert under the Kuwait Environmental Remediation Program (KERP), remediation of an estimated has been approved by UNCC.

Cognition has visited the region several times over the last few years and undertaken laboratory treatability studies which have culminated in larger scale remediation field trials in Kuwait. Cognition is now confident that we have the remediation additives that can bioremediate the contaminated material and cope with the high temperatures and low moisture conditions prevalent in Kuwait.

It is hoped Cognition will be successful in its bid with KERP and be a key player in successfully delivering one of the largest and most challenging remediation projects the World has seen. 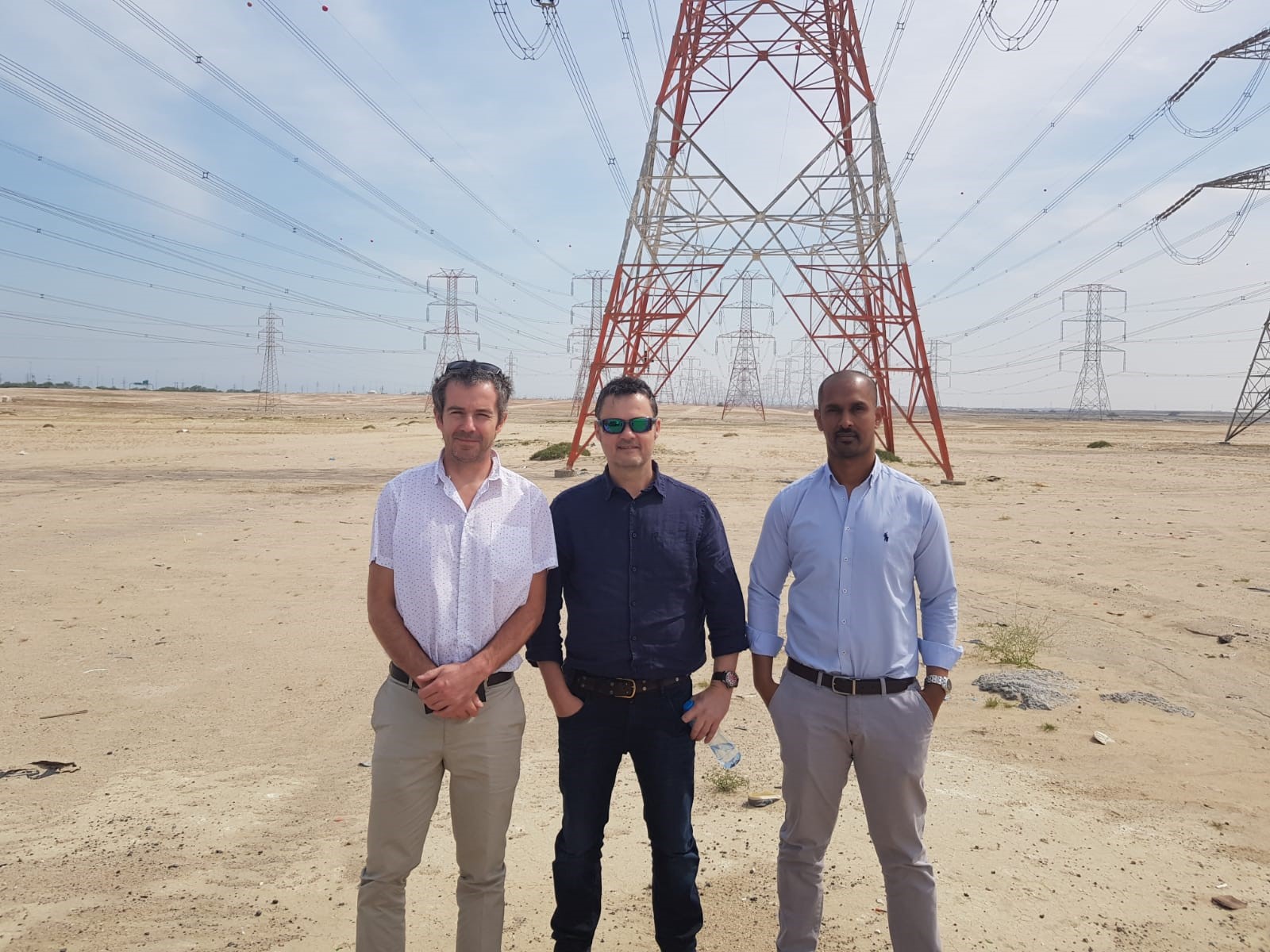 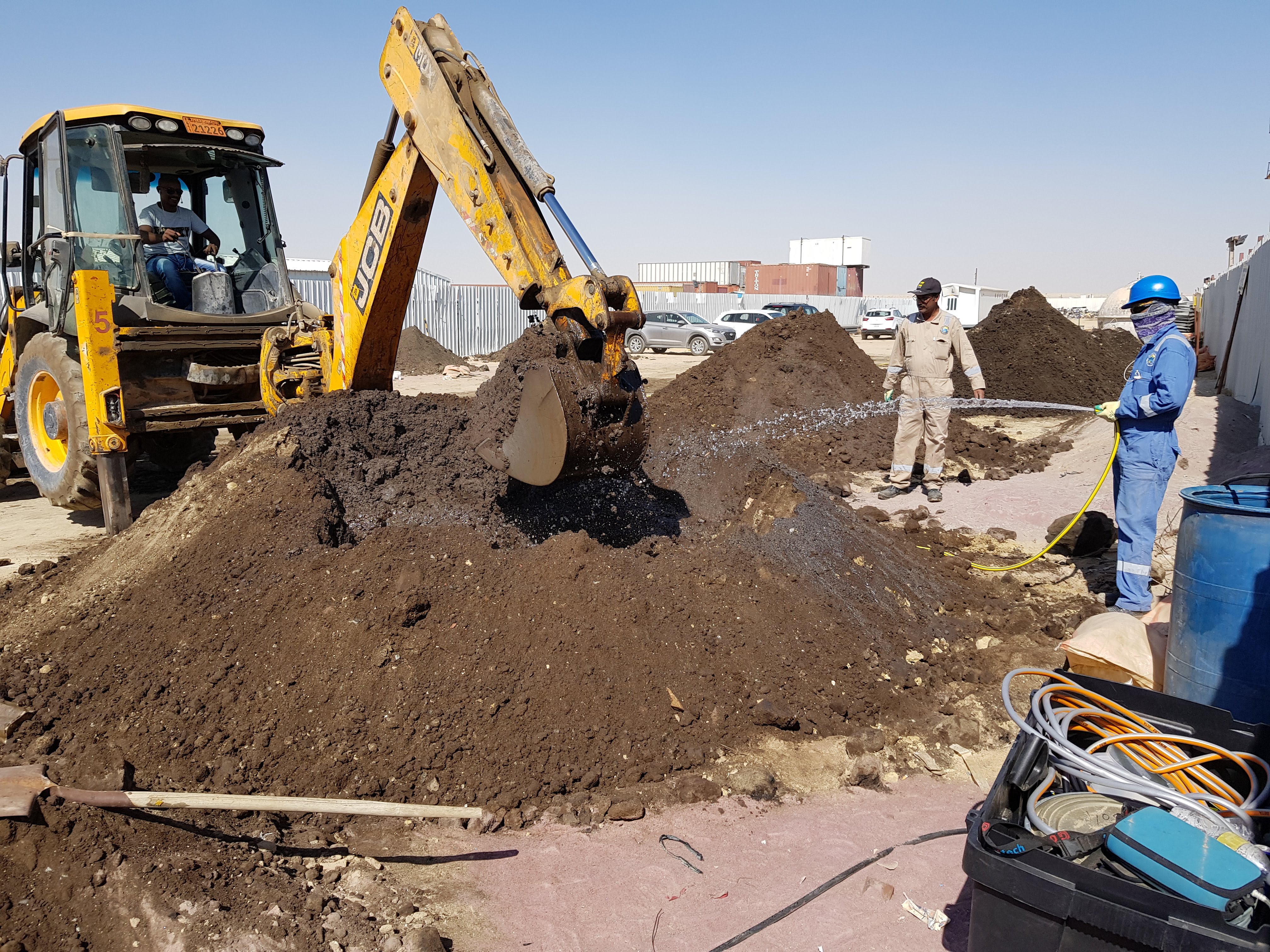 Mixing additives and water into the soil 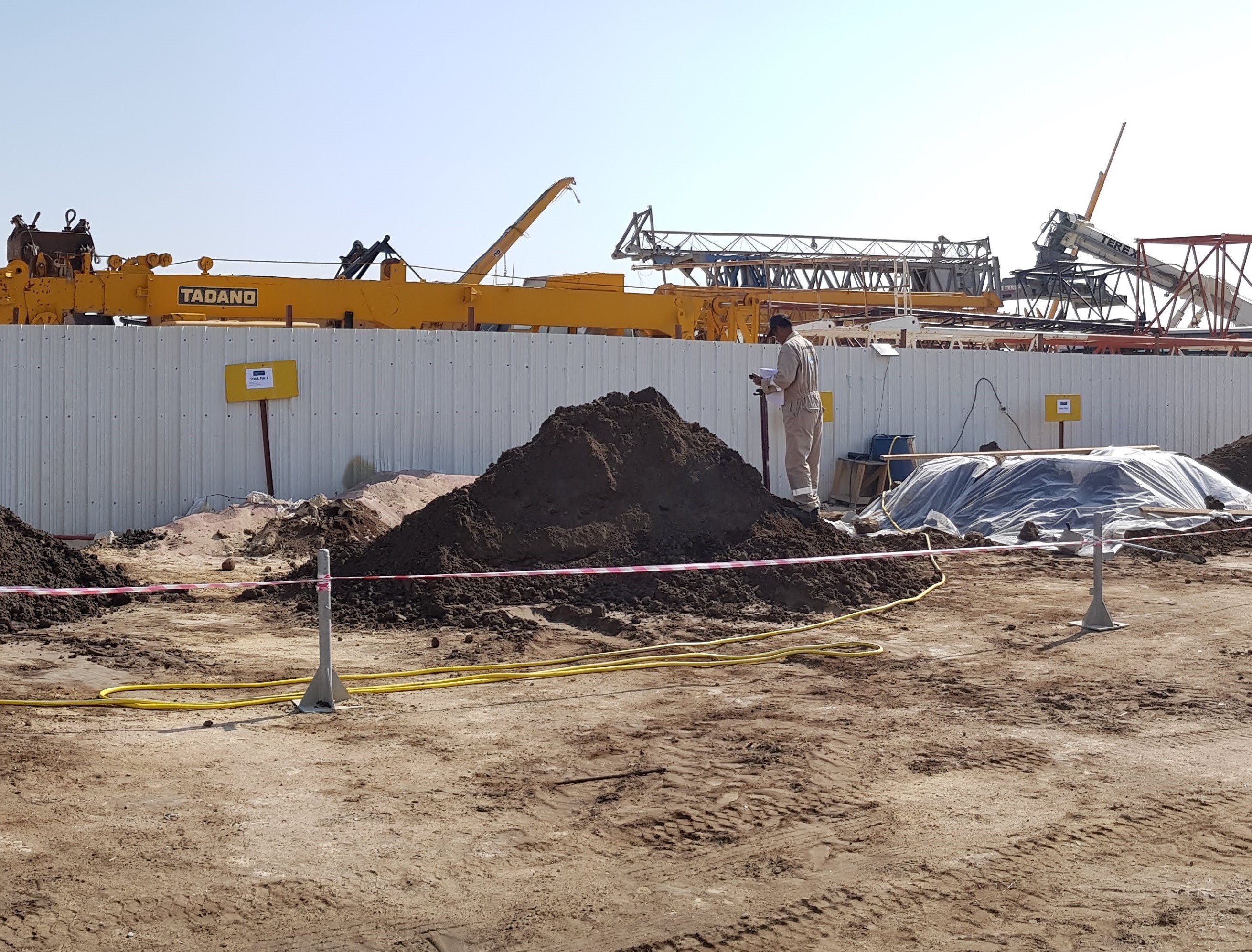