A former landfill dating from the 1930s-1960s covered the northern third of the site, occupying former clay pits mined in the early 20th century. The made ground within the landfill contained extraneous waste items such as ceramic, glass, brick, wood, metal and fabric. The soil was also contaminated with hydrocarbons which were leaching through the ground and impacting local watercourses. The depth of the waste varied with a maximum recorded depth of 5.5m bgl. Perched groundwater (leachate) was identified within the landfill, although the levels appeared variable and weather dependent. The landfill required remediation to treat hydrocarbons and geotechnical improvements to make it suitable for redevelopment. The remainder of the site required bulk earthworks to form stable construction platforms.

Cognition was contracted by Berkeley Homes Limited (BHEC) to undertake the remediation and earthworks. The key elements included;

The remediation and earthworks were carried out in accordance with Cognition’s remediation strategy and proved to be a highly sustainable project delivering significant savings to the client and bringing a problematic sloping landfill site back into use. A total of 8,000m3 of landfill material and 35,000m3 of soil material was excavated and treated using a combination of segregation, ex-situ bioremediation, enabling re-use on site and reducing disposal costs. The clay cut-off wall and permeable reactive gates will protect the local watercourses from potential residual hydrocarbons within the saturated landfill. The stabilisation not only delivered firm construction plots and piling mats, but also formed a suitable subgrade for road construction for the new development. 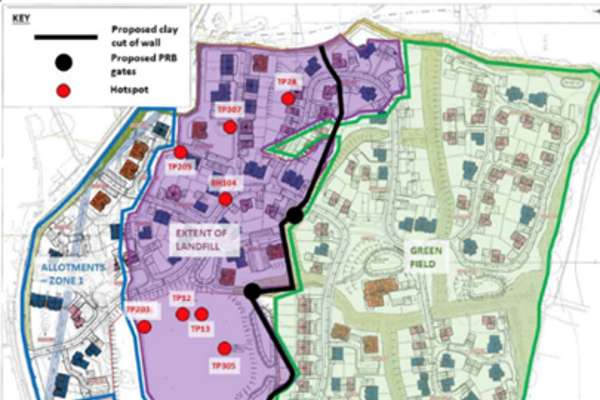 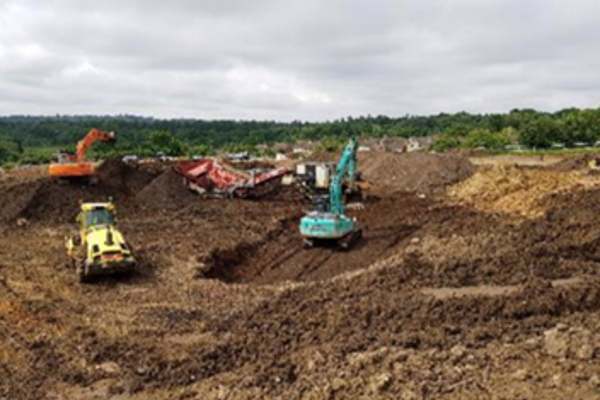 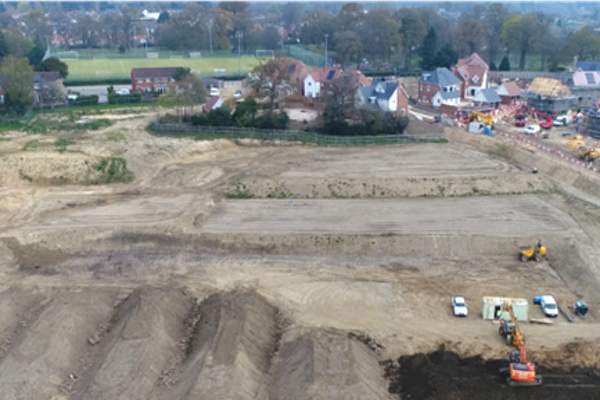 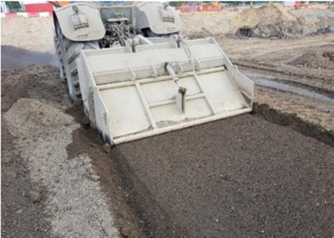 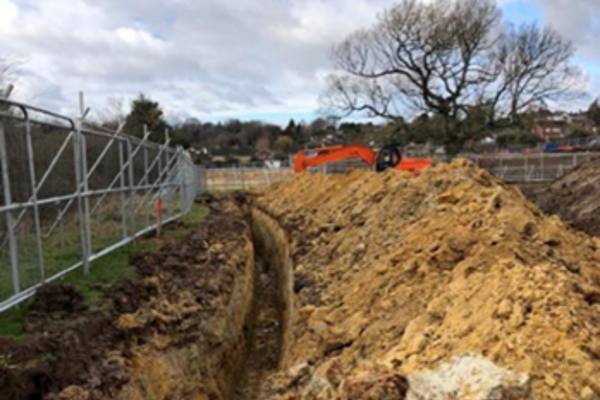