Cognition was contracted by a housing developer to propose a remediation strategy for the contaminated groundwater at a former cement works and petroleum supply depot in Great Blakenham, Suffolk. The site was operational between the 1940’s and 1990’s with the former cement works occupying the south of the site and an MOD petroleum supply depot to the north. The derelict area is currently being redeveloped with several hundred high-quality new homes planned for construction. Site investigations revealed elevated concentrations of TPH, PAH and heavy metals have been measured in site soils. A previous phase of remediation had been carried out on site with biopiles/windrows located in the East of the site. Whilst construction works were being carried out to build new houses further concerns were raised by the EA and Local Authority regarding hydrocarbon contamination of the groundwater beneath the properties giving rise to concerns regarding vapours as well as risk to controlled waters. Analysis of data suggested that a hydrocarbon plume was present across the northern area of the site; this was delineated by Cognition. The geology comprises made ground (to approximately 2mbgl) over River Terrace Gravels (approximately 3m to 7mbgl) above Upper Chalk. Groundwater was recorded at 3mbgl with a hydraulic gradient east-south-east with flow in the direction of the River Gipping approximately 400m to the east.

Working around on-going construction activities, Cognition adopted a remediation strategy based on in-situ chemical oxidation injection across the plume area. The oxidation was designed to act directly on the hydrocarbons as well as increase dissolved oxygen in the groundwater and encourage natural attenuation by indigenous bacteria.

The key elements of these works included;

This extensive chemical oxidation proved to be an effective solution and a sharp decline in hydrocarbon concentrations was noted, bringing the contamination down below safe levels, all without disturbing ongoing construction activities. 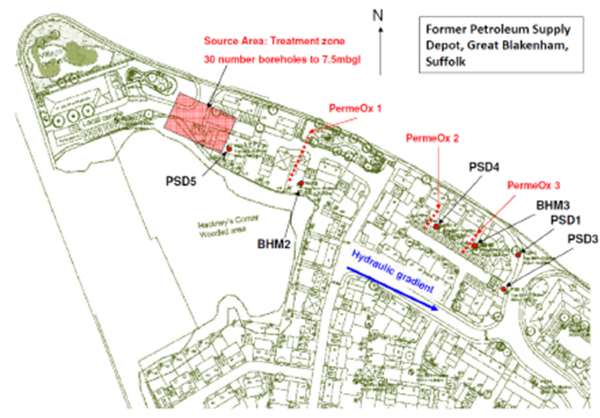 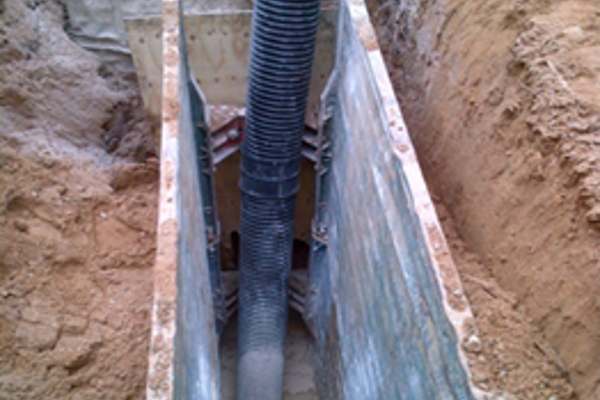 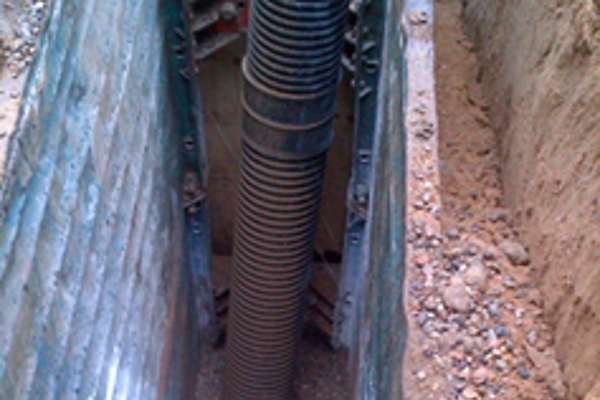 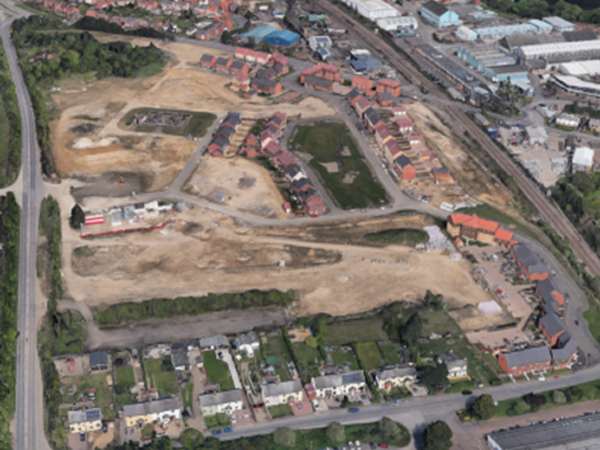