The former sewage treatment works was demolished and, together with a former landfill on the site,  remediated to make way for 325 residential dwellings, a community hall and new roads and infrastructure.  Since closure in 2005, the site was left unmanaged, causing the tanks to fill with rainwater and the site to become overgrown with vegetation, including Japanese knotweed along the river boundary. Soil was contaminated with TPH, deleterious waste from a former landfill site and asbestos, with a total of 100,000 tonnes of material requiring treatment. In addition, the site was recognised as being ecologically sensitive due to the large population of Great Crested Newts and the presence of the River Adur which bordered part of the site. This meant that careful planning and management was required throughout the works.

Cognition was appointed Principal Contractor to carry out enabling works prior to the entire demolition of the structures across the site.  As Principal Contractor Cognition carefully planned the works going forward to ensure a successful outcome for all parties. The key elements of these works included;

The site was returned to our Client with all works complying with the end use requirements for the new development. All remediation and ecological works were carried out to the satisfaction of the regulators, and the site re-profiled to meet the development requirements. 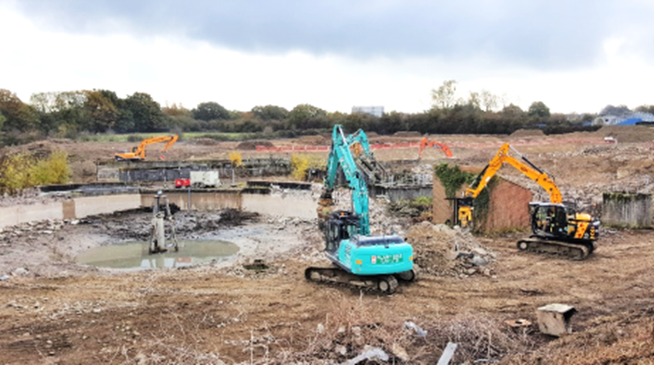 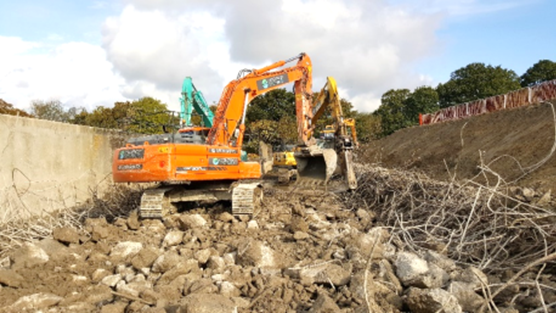